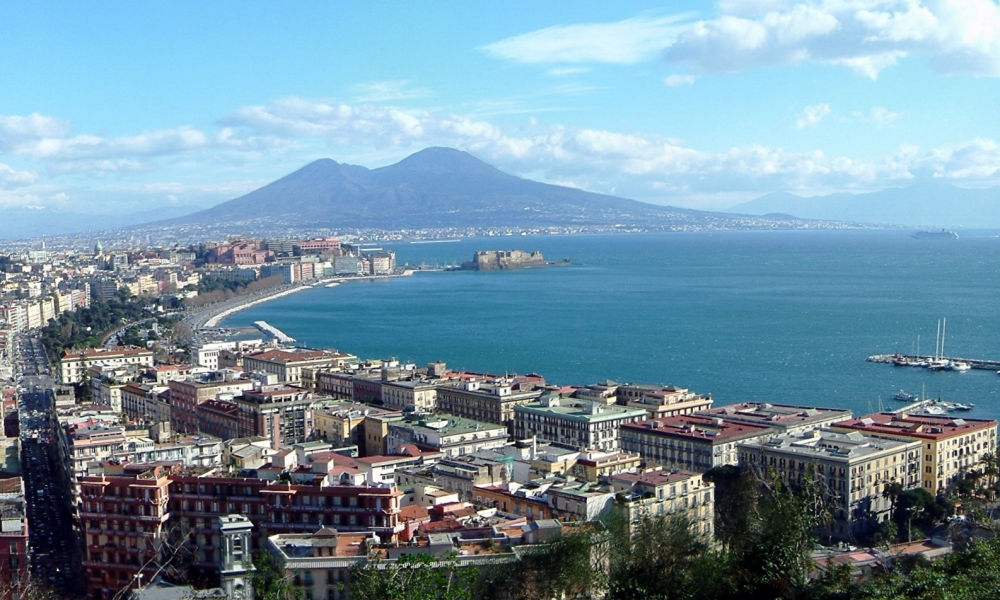 It is renowned as one of the world capitals of design, fashion, as well as, industry, banking, TV and publishing. Milan is an international fashion center with a refined taste. Three hundred years before Christ, the Romans called this place Mediolanum, meaning “the central place”. After some dark medieval times, Milan rose to regional prominence under the Visconti and Sforza families. By the time of the Renaissance, it was a flourishing culturing center. Even though, Milan is saturated with cultural and historical sights, is not difficult to explore it. Our tour will include some of the finest highlights of the city.

Piazza del Plebiscito
Our excursion will start with the most important place in the heart of Naples – the Piazza Plebiscito. It is named for the referendum (plebiscite in Latin) taken in 1860 that brought Naples into the unified Kingdom of Italy under the House of Savoy. It’s construction was started by Joachim Murat, Napoleon’s brother-in-law, and finished by Bourbon king Ferdinand IV. On one side of it there is the Royal Palace (royal residence until 1946) and on the other is the church of San Francesco di Paola.

Teatro di San Carlo
The oldest and largest opera house in Italy, Teatro di San Carlo was designed by the architects Giovanni Antonio Medrano and Angelo Carasale for the Bourbon monarch Carlo III in 1737. Prominent foreign composers like Hasse, Haydn, Johann Christian Bach and Gluck, considered the performance of their compositions at the San Carlo theater as the goal of their career.

Galleria Umberto I
Directly across from the San Carlo theater is a shopping and active center of Neapolitan social life, the Galleria Umberto I, a great architectonic building rich in mosaics, arching domes and Renaissance and Baroque ornamentation. In its interior, you can find cafés, businesses, and fashionable stores.

Castel Nuovo
Five-towered castle, known also as the Maschio Angioino, once served its purpose as residence to the Kings of Naples. Originally built by Charles I of Anjou in 1279 was enlarged by Alfonso I of Aragon and has recently been restored to house the Municipal Museum. The castle is distinguished by a triumphal arch designed by Francesco Laurana to commemorate the 1442 expulsion of the Angevins by the forces of Alfonso I.

Did you know that pizza is 3,000 years old? Naples is the birthplace of pizza and is famous for creating the Pizza Margherita. Eat and experience authentic Neapolitan pizza at one of the first and original pizzerias dating back to 1780. After two hundred years, the tradition of this ancient and historical pizzeria lives on.

Castel dell’Ovo
Castel dell’ Ovo stands on the island of Megaride, where the Greek colonists founded the city. According to the Neapolitan legend, the name of this castle derives from the egg that the Latin poet Virgil apparently hid in a cage placed in the dungeons of the castle. The egg was placed in a secret room since the fortune of the Sea Castle so closely depended upon that egg. From that point on, the destiny of the castle has been connected to the fate of the egg.

Duomo di San Gennaro
The Cathedral of Naples is the most important place of worship in the city, where each year on September 19th it hosts the Miracle of St. Gennaro, the city’s patron saint. Thousands of Neapolitans flock to witness the dried blood of St. Gennaro turn into liquid. According to legend if the blood does not turn to liquid then something unfortunate will happen in Naples.

Museo di Capodimonte
The Capodimonte Royal Palace built by Carlo III of Bourbon in 1738 is located on top of a hill overlooking all of Naples and the bay. It served as a hunting retreat first and later was expanded by Antonio Medrano, architect of the Teatro San Carlo. It houses the main museum and art gallery of the city.

Panoramica Posillipo
Posillipo is a residential quarter of Naples set up on an hill above the city. The area remained largely undeveloped until a road, via Posillipo, was built between 1812-24. That road starts at sea-level at the Mergellina harbor and moves up the coast, roughly parallel to the shore. Take in the amazing views of downtown Naples set along the bay with Mt. Vesuvius in it’s background.

Note: The historic center of Naples is listed by UNESCO as a World Heritage Site.
Note: Length of the tour is 8 hours.
Note: From the seaport of Beverebello it is possible to take a tour of the islands of the Amalfi gulf. On the way back to Rome it is possible to stop at the coral and cameo factories (please request prior to the tour).