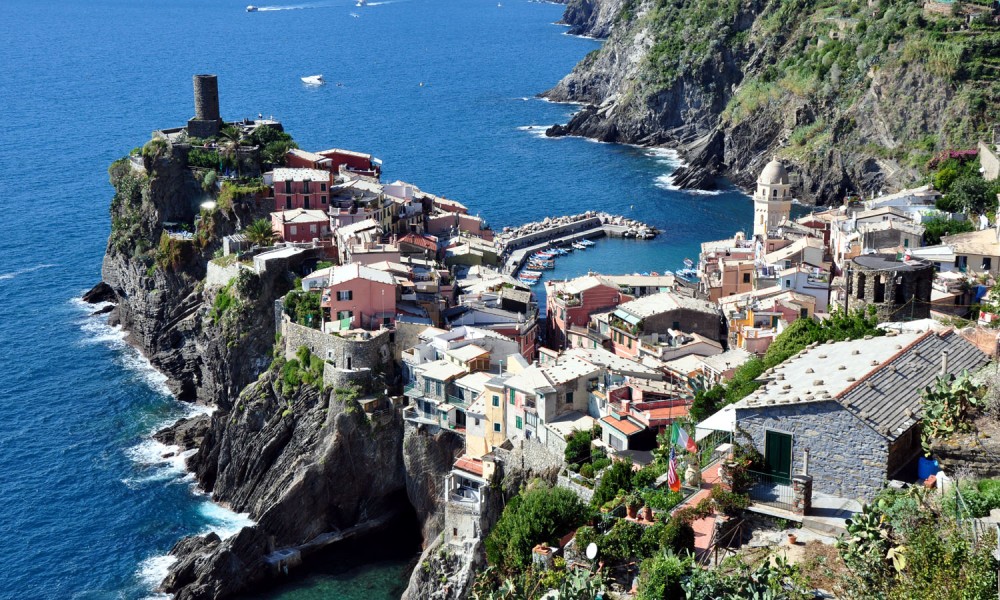 The scenic Amalfi coast lays claim to being Europe’s most beautiful stretch of coast. One of the highlights on the coast is the town of Ravello which sits atop a lofty perch 1,000 feet above the sea. Ravello commands a spectacular view over a large stretch of the coastline.

RAVELLO
Ravello was an important town of the Maritime Republic of Amalfi and therefore became an important trading power in the Mediterranean between 839-1200. The sea trade brought great wealth to Ravello and merchant families such as the Rufulo, Rogadei, Muscettola and the Confalone filled the town with valuable works of art. It was considered among the most important and noble cities in the Kingdom of Naples. Between the 18th and 19th centuries Ravello was rediscovered by a variety of artists, musicians, and writers, including Richard Wagner, M. C. Escher, Giovanni Boccaccio, Virginia Woolf and American writer Gore Vidal.

Villa Rufolo
This villa belonged to one of the most important families of Ravello’s medieval aristocracy built in the 13th century by Nicola Rufolo who was one of the richest men of Ravello. The villa is perched on the edge of a cliff and it is an especially fascinating work of architecture and combination of nature and art. The villa was mentioned by Giovanni Boccaccio in his Decameron. Richard Wagner visited here in 1880 and was inspired to set the second act of his opera Parsifal in the Villa’s magical gardens.

Villa Cimbrone
The Villa has been home to many famous names from the world of art, science and politics. It was a meeting place of the English on the Amalfi coast and for the famous London Bloomsbury set. At the end of the 19th century, Ernest William Beckett, an illustrious English gentleman later known as Lord Grimthorpe, fell desperately in love with the villa while on the Grand Tour, searching for the roots of Western history and culture. In 1904, he purchased it from the Amici’s of Atrani who had inherited the villa in the second half of the nineteenth century. It is famous for it’s extensive public gardens and spectacular view of the sea from the “Terrace of Infinity”.

The Cathedral of Ravello
The city’s Cathedral, which is also the city’s heart, was built in 1087 on the central Piazza del Vescovado, by the wishes of Nicolò Rufolo, and was consecrated by Orso Papice, the first bishop of Ravello. The facade has three ancient marble portal: the central one is closed by the famous bronze door created in 1179 by Barisano da Trani. In all of Italy there are, perhaps, only about two dozen bronze doors. The doors on the Cathedral of Ravello are one of the most important with 54 rectangular panels that are decorated with figures sculpted in relief, depicting the life of Christ.

AMALFI
Amalfi is the largest town and perhaps is the highlight of the coast. The panorama is wonderful with the town’s white houses clinging to the rocks and set aside the amazing Cathedral of Saint Andrew. The Amalfi coast is named for this town which lies at the mouth of a deep ravine and is surrounded by dramatic cliffs and coastal scenery. After Rome fell, Amalfi was one of the first cities to trade goods such as coffee, carpets and paper. The town of Amalfi was the capital of the Maritime Republic of Amalfi, an important trading power in the Mediterranean between 839 – 1200. Home-made Paper has been a vital industry here since the glory days in the Middle Ages and is used throughout Italy for wedding invitations, visiting cards and elegant writing paper. In the 1920s and 1930s, Amalfi was a popular holiday destination for the British upper class and aristocracy and together with other towns such as Positano, Ravello and others, Amalfi is included in the UNESCO World Heritage Sites.

Cathedral of Saint Andrew
The long flight of 57 steps, built in 1728, leads to the atrium of the Cathedral dedicated to St. Andrew the Apostle. Instead of using the term Cathedral, it would be more correct to speak of it as a monumental complex, as it is made up of several autonomous parts that are connected together. The oldest structure is certainly the Basilica del Crocifisso, built in 833. Another church was built beside it in 987 to form one majestic Cathedral with six naves, that in the Baroque era was divided into two churches. The present façade was completed in 1891, replacing the baroque design which collapsed in 1861. The bell tower, campanile, rises up next to the Cathedral and was started in 1180 and finished in 1276. In 1206 the Crypt was constructed to hold the Sacred Remains of St. Andrew Apostle. The last building to be built was the Cloister of Paradise between 1266 and 1268. At the front is an atrium which was built in the early 13th century and on the outside is a delightful pattern of Moorish arches that run into a series of marble columns. The current design is the result of 19th century restoration. The inside wall is frescoed with biblical scenes depicting Christ and St. Andrew the Apostle which were painted in 1929 by Paolo Vetri.

Museo della Carta – Valle dei Mulini
The paper museum of Amalfi was once a paper mill. The ground floor contains examples of antique instruments and machinery. The paper of Amalfi, which is called “bambagina” is a very thick type of paper, elegant to look at and pleasant to the touch. The production of hand-made paper, in the Valle dei Mulini is one of most ancient and florid activities of the Amalfi people. Ancient tradition gives the invention of paper at around the first century B.C. along the banks of the large river Azure in China. Brought back from the land of Mandarins thanks to adventurous merchants, paper began to arrive in the bazaars of Persia, Sicily, Spain and North Africa. The Amalfi people, who had profitable commercial and diplomatic relations in these places soon came into contact with the new product and seeing the great practical and commercial value began first to import paper and then to learn the technique of making paper which Amalfi then produced in large quantities.

Note: The Amalfi Coast, including towns Ravello and Amalfi are listed by UNESCO as a World Heritage Sites.
Note: Length of the tour is 10 hours.