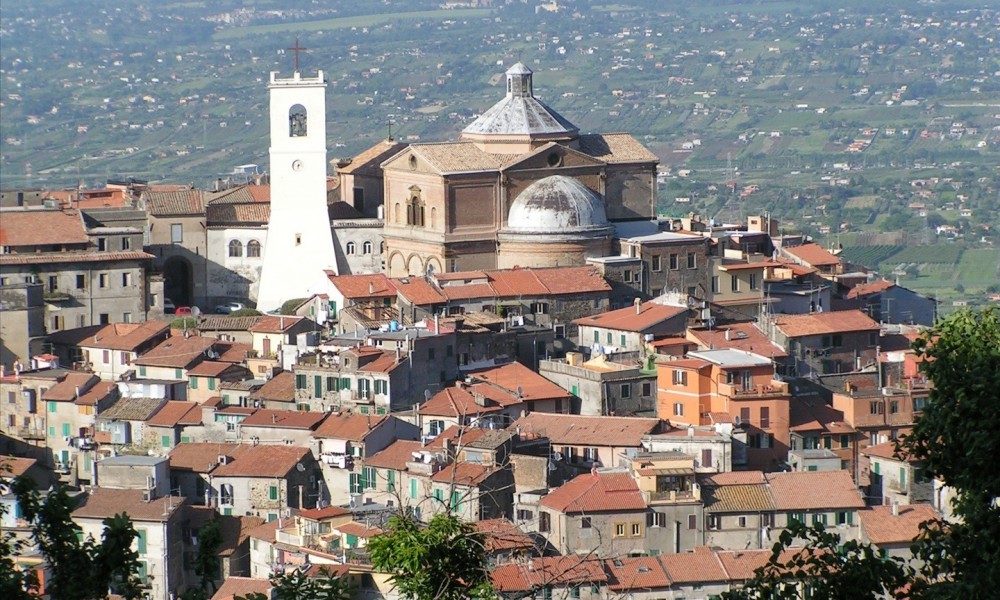 We will across the Appian way in order to arrive to ancient, fertile volcanic land that once was a summer residence of Roman noblemen, and later by Popes. Our eno-gastronomic tour will include stops to taste local delicacies at towns such as: Frascati, Castel Gandolfo, Grottaferrata, Nemi.
Tour with english speaking driver
Length of the tour is 7 hours

Frascati
Frascati, the largest city in the area where we will stop for a walk through the narrow streets and taste the typical dry white wine, which has made it so famous in Europe and all over the world. Frascati is also famous for its notable villas of the Papal Nobility. Built from the 16th century and on by Popes, cardinals and Roman nobles, they created these villas as “status symbols” of Roman aristocracy. We will see some illustrious architecture of buildings like Aldobrandini Villa, Torlona Villa and Ruffinella Villa.

Grottaferrata & Marino
The history of Grottaferrata identifies largely with that of the monastery of Santa Maria, founded here in 1004 by Saint Nilus the Younger. The legend narrates that, at the spot where the abbey now stands, the Virgin appeared and asked him to build a church in her honour. The Abbey of Santa Maria di Grottaferrata is one of the main monuments of Lazio. The monastery has several courts, which lead to the famous portico designed by Antonio da Sangallo the Younger. The library of the Abbey which contains some 50,000 volumes has a paper conservation Laboratorio di Restauro. Bounded by the commune of Grottaferrata we will visit Marino, where every 1st Sunday of October takes place the Festival of the Grape. This festival is very famous in the surrounding area because, for about one hour, some of the city’s fountains spill wine instead of water. Every 2nd Sunday of October there is a Doughnut Festival, Sagra della Ciambella (ring-shaped cake).

Albano Laziale
South of the volcanic lake Albano is a small town located on the Appian way, in the area in which, according to the legend, Aeneas’s son, Ascanius, founded Alba Longa. Alba Longa was one of the main cities of the Latins and, again according to the legend, the birthplace of Romulus and Remus, the mythical founders of Rome. Alba Longa acquired importance when the Appian Way was built nearby, and the Romans built numerous villas in the area.

Castel Gandolfo
Overlooking lake Albano can be found a small town on the Alban hill. Castel Gandolfo is the summer residence of the Pope. The Papal audience is available on request, however restricted to a certain number of people. The church of San Tommaso and the fountain in front of it were designed by G.L. Bernini. Inside there is a marble altar created by Pietro da Cortona.

Genzano
Genzano is one of the medieval towns in the Castelli Romani. Its claim to worldwide fame is its annual Flower Festival (Infiorata) held over the weekend following the day of the Corpus Domini. The hill leading from the main square up to the cathedral is carpeted in a spectacular arrangement of flowers and petals that reproduce famous masterpieces and religious paintings. The effect is quite stunning and the event is marked by church services and social events, involving especially prepared food and excellent local wine.

Nemi
Nemi is perhaps the smallest of the Castelli Romani. It is located upon a precipice of the lake Nemi. The ancient Romans called the lake Diana’s Mirror and there is a sanctuary on its banks dedicated to the goddess of hunting. While the names of other towns in the area are associated with wines, Nemi is known for their production of with wild strawberries and in May all restaurants in Rome offer on their menus Fragoline di Nemi.

Ariccia
Ariccia was one of the oldest cities of ancient Latium, and as the leader of the Latin League was a serious contender against Rome during the early days of the Roman Republic. In Ariccia the urban set becomes more complete in Piazza di Corte designed by the genius of Gian Lorenzo Bernini. The famous, straight and narrow viaduct, built by wishes of Pope Pius IX , dominates the Vallericcia allowing us to see up to the sea. In modern times, Ariccia has become famous for its porchetta, pork that is slowly roasted with herbs and wild fennel, and it has been known since historical times for its wine.