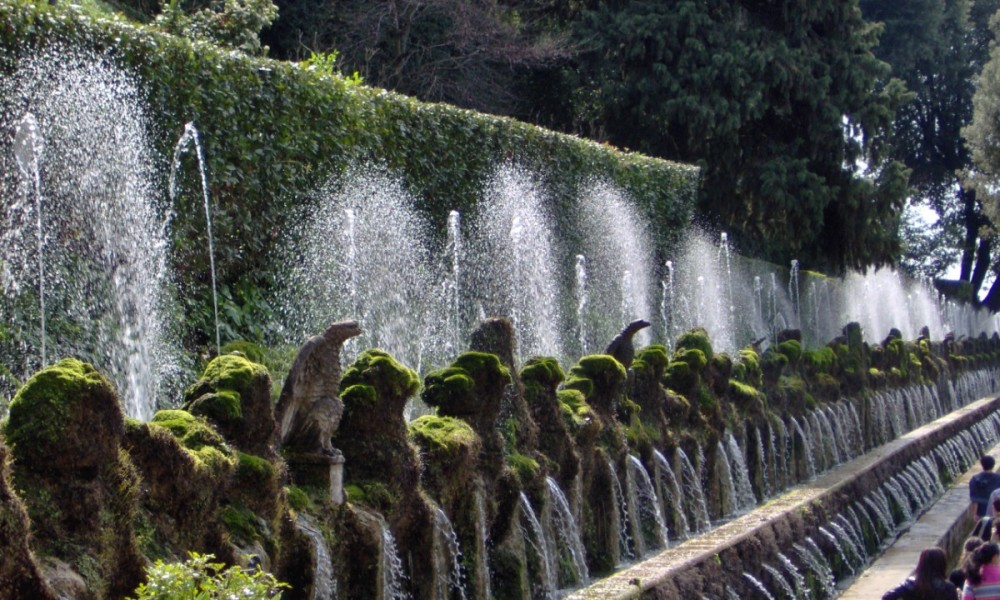 The visit will start with Villa Adriana and proceed to Villa D’este. Our professional driver will pick you up in your hotel and drive you comfortably in Tivoli, it will take about 45 minutes on a Private comfortable vehicle and will wait for you during your visit than will drive you back in your hotel or where ever, In Tivoli city you will meet your private English speaking licensed guide, which can give you detailed information, will escort you everywhere, can give you any kind of suggestion to enjoy completely your Sightseeing tour.
Tour with english speaking driver

Villa Adriana
The Villa Adriana is a complex of classical buildings created in the 2nd century A.D. by the Roman emperor Hadrian that carried functions as a retreat from Rome. It combines the best elements of the architectural heritage of Egypt, Greece and Rome. The villa contained hot baths, libraries, an immense portico, rows of columns and many other complex buildings. Villa Adriana is inscribed into UNESCO World Heritage Committee.

Villa D’Este
Villa D’Este, was built in 1550 by Pirro Ligorio for Cardinal Ippolito II d’Este on the site of the Benedictine monastery. It was intended for entertaining and contains lavishly frescoed reception rooms. Surrounded by some of the most beautiful Renaissance gardens in Italy, the villa later became an early model for the development of European gardens. There are about 500 fountains on the site. Artists like Gian Lorenzo Bernini contributed to the beautification of the villa. Together with Villa Adriana, Villa D’Este is under protection of UNESCO World Heritage Committee.

Note: Length of the tour is 7 hours.
Note: Clients can request a half-day tour, 4 hours, where only one villa is visited.